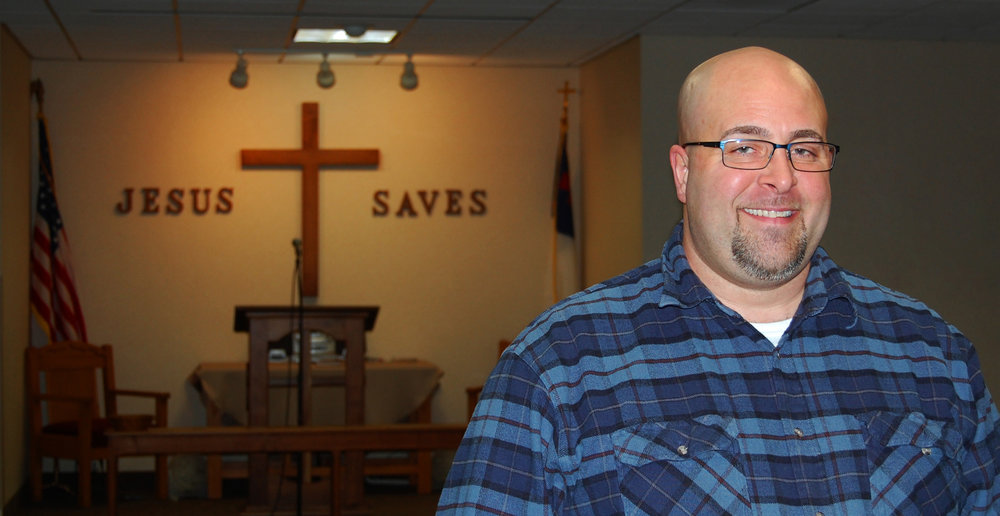 Being able to watch Daniel's story unfold has been such a blessing!
Want to see more people go from brokenness to flourishing?
Then consider supporting the Men's and Women's Renewal Programs.

“My name is Daniel Mercado. I was born in Detroit, Michigan but grew up on the north side of Chicago. My mother, Mary, and stepfather, Jose, raised me in Chicago. Jose’s brother also raised me in the Dominican Republic for half the year every year. The reality in which I grew up in was one of violence from the very beginning. I never knew my real father – a man named Augustine. All I knew about him was that he was a gang member and that he was arrested before I was born and deported permanently to Puerto Rico.

My mom married Jose when I was just a baby. He sold cocaine to the gangs and had many ‘store fronts’ throughout the north side of Chicago. My mom was also in a gang and was in charge of managing the women, guns, and money. I grew up seeing all of this and learning this way of living. Jose was a very abusive and paranoid man. Every time it came to teaching or showing me something, it was always done with abuse – physically and verbally. I began to hate both my mother and Jose. This then began to include all adults that tried to teach me or correct me. I convinced myself that the only person I could trust was myself. I decided to join the same gang my mother was in at the age of eight or nine and left home at 13.

As time passed by and there was no word on the street that anyone was looking for me, I continued my life in the gang. When my mom finally saw me, she did not appear to be angry or worried. All she said was, ‘Congratulations on your apartment.’ She treated me like a partner in the gang, not like a son. Together we did drugs, drank alcohol, hurt people, and sold drugs and guns. For many years I trusted my life to the neighborhood witch doctor, witchcraft, and witches. Christians were not wanted in the neighborhood, mostly because it was believed that all they did was get your money and sell you a lie.

After 20 years of living this way, I retired from the gang and told my mom that I was done. She hugged me and began to cry. I moved to the south side of Chicago and got a job nearby. A year later I saw my mom.  She appeared excited to see me and hugged me with tears in her eyes.  She told me that she had also left the gang the same day I did. She began to tell me that she had given her life to Jesus and how her life had changed since then. I struggled to believe her and did not fully let her back in my life until I saw with my own eyes this change she talked about.

Some years later my mom told me she had cancer and that her doctor told her she did not have long to live. I got an apartment for the both of us and took care of her. Through this time, we got to know each other.  I would take her to church at her request. I knew she was just trying to get me to hear the gospel of Jesus Christ. A year later in 2012, she passed away and sometime after that, I gave my life to the Lord.

My life since then has been a constant transforming of my mind.  Every time I fall on my face due to pride and sin, the Lord is always there to pick me up.  I freely give God control of my life, which I always had tried to control in the past. Jesus loves me this I know, for the Bible tells me so.

In 2015, I showed up at Peoria Rescue Ministries knowing I had to get my life together. I enrolled in the program at Victory Acres and graduated, but my heart wasn’t truly in it. I was paranoid. I thought people were out to get me. My focus on the Word wasn’t there. My focus was on self and not on Christ.

In December of 2017, I came back to Victory Acres. In September of 2018, I graduated Victory Acres for a second time knowing that God was at work. Now, I am working full time at a great job locally. I also serve at a local church where I oversee our outreach and food distribution. Weekly, I am able to interact with God’s people – people in need, people like me, people who’ve been where I’ve been, and people who love Jesus.

Right now my immediate goals are to move out of the transitional phase program at Peoria Rescue Ministries and reestablish myself as a completely changed person. What I look forward to the most is to continue serving the men here at the Mission, serving God in my community, and continuing to grow in Christ. For me, it’s no longer about me. It’s about God and His people. I just want to make sure that I’m available for God to use me at work, at church, and in relationships.

I’m thankful for Peoria Rescue Ministries and the work they continue to do. I wouldn’t be where I am today without the staff here and a God who never gave up on me.”

Make sure you enter all the required information, indicated by an asterisk (*). HTML code is not allowed.